To find out more about cookies, what they are and how we use them, please see our privacy notice, which also provides information on how to delete cookies from your hard drive.

An obvious choice for businesses looking to operate in Latin America

“The opportunities in Brazil are limitless, but businesses will benefit from local insight and partnerships to make the most of them.” - Daniel Maranhao, managing partner, Grant Thornton Brazil

Brazil’s sheer size – both in terms of its geography and its population – make it an obvious choice for businesses looking to operate in Latin America. More than a third of the continent’s working population live in the country, and Brazil’s economy is among the 10 largest in the world.

“In recent years we have seen a lot of investors from outside the country bringing in money for agribusiness: as the sector becomes more advanced, there are some great opportunities to introduce innovation and new technologies,” Daniel adds.

A booming agriculture and infratsructure sector

Brazil is the world’s biggest exporter of products such as soy, sugar cane, coffee and meat; it is also the largest global producer of iron ore and ethanol, which is widely used as an alternative fuel for vehicles.

The country’s biggest trading partners are China and the United States: the former accounts for almost a third of exports. “Global demand for food is rising, especially in Asia, and Brazil can help to meet this demand,” Daniel says.

“On the international stage, Brazil’s most important role is probably linked to its agriculture industry and infrastructure developments,” explains Daniel Maranhao, managing partner at Grant Thornton in Brazil.

The realities of doing business in Brazil

The business environment in Brazil can be challenging – for domestic firms as well as those from overseas. Moves have been made in recent years to speed up the process of setting up a new entity, Daniel says, but it remains a lengthy and bureaucratic process.

Likewise, although attempts have been made to simplify a highly complex tax system, there is still considerable progress to be made. Corporate Income taxes in Brazil are relatively high by international standards with a main rate of 34%, although small businesses pay only half this. Operating costs are relatively low though, with competitive salaries and a favourable exchange rate.

Unsurprisingly for a country of Brazil’s size – the fifth largest in the world – the state of local infrastructure varies significantly from region to region. “São Paulo, for example, is the financial centre of Brazil so the infrastructure in São Paulo state is good,” Daniel points out. “But in more remote areas it can be much more of a challenge to move goods.”

This is an issue that should be borne in mind by companies looking to set up new agriculture operations, say, in undeveloped areas. But it also means that there are excellent opportunities in infrastructure projects – with potential to develop roads, rail networks and power grids in much of the country.

Another issue facing overseas businesses that want to make the kind of ongoing investments needed in major infrastructure projects relates to the long-term guarantees of market access from the government. “Not only can the approvals process take a long time, there can also be uncertainty over whether future regimes will allow you to continue operating on pre-existing terms,” Daniel explains. “A lack of adequate legal protection does not help.”

As such, it makes sense for outside investors to work in collaboration with local companies – a strategy that can also help foreign investors cope better with the bureaucratic and cultural differences related to operating in Brazil. “As a result of the pandemic, there is likely to be an increase in the number of acquisition opportunities as we move ahead,” he adds.

Growth opportunities in the years ahead

Daniel says that aside from agriculture and infrastructure, there are growth opportunities in healthcare and health insurance in particular as the government tries to shift the burden of health coverage to the private sector.

“The government is also looking for outside help with renewable energy,” he points out. “There are concerns about the country’s hydro-electric system which has suffered recently due to drought.”

The banking and financial industries, meanwhile, are well developed and there is a rapidly growing fintech sector.

Irrespective of the industry you operate in, Brazil can be an attractive and welcoming place to live with thriving expat communities in the more prosperous parts of São Paulo and Rio de Janeiro.

Looking to do business in Brazil?

Access a world of resources, connections and expertise to help your international plans

Selling into, supplying or setting up operations in Brazil can be a step into the unknown. At Grant Thornton, we have the experience to guide you. Our Brazil International Business Centre director can co-ordinate access to international teams, resources and global delivery, while also helping you forge valuable trading relationships in the Brazilian market.

Country profile Australia: A blend of stability and innovation Australia is a world leader in innovation with a safe, stable political and business environment and low levels of red tape Read full article
International - Where to grow? Country profiles International expansion can be a highly-effective way for ambitious businesses to accelerate their growth. But how do you know which countries will best-suit your strategic ambitions? Read full article 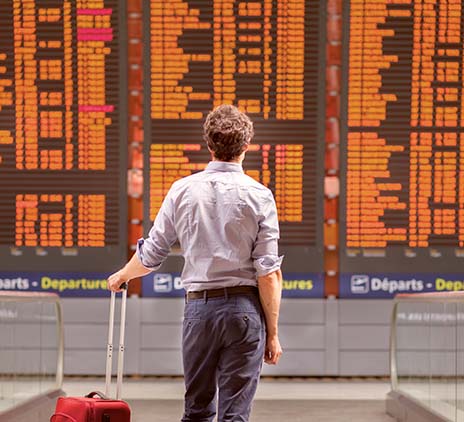